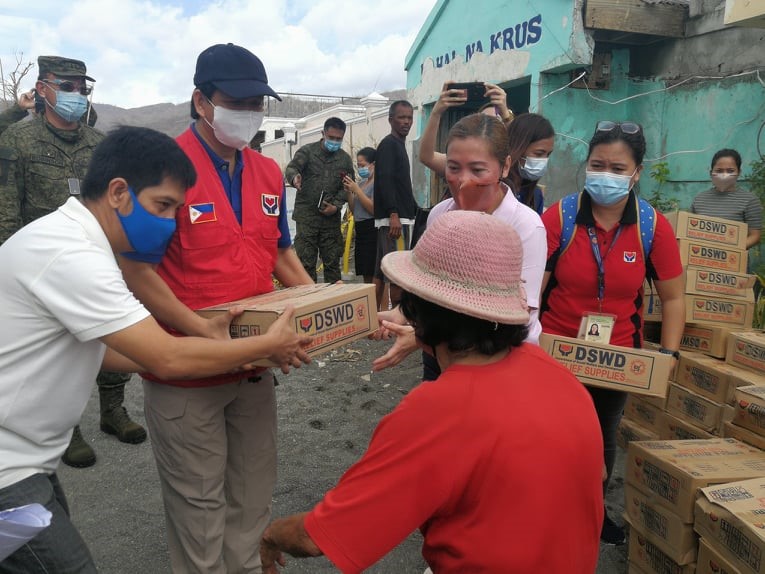 The Department of Social Welfare and Development Regional Office V continuously provides augmentation support to families affected by the onslaught of Super Typhoon Rolly. As of the 12:00NN data gathered through the Disaster Response Operations Monitoring and Information Center (DROMIC), the agency has already provided 4,737 Family Food Packs (FFPs) to Catanduanes, Albay, Camarines Sur, Camarines Norte, and Sorsogon. The FFPs distributed costs a total of PhP 1,835,964.90. In addition, the agency also gave 1,000 pieces of Malong to Tabaco City in Albay.

Earlier today, the agency delivered 1,320 FFPs amounting to PhP 884,400.00 to the province of Catanduanes. The FFPs were initially distributed to affected residents of Barangay Francia in Virac and in the town of Bato where Super Typhoon Rolly made its first landfall.

Due to the extent of damage in the province, the agency will be providing additional 1,200 FFPs and 100 rolls of laminated sacks, currently in transit.

DSWD continues to provide its selfless service to the Bicolanos

DSWD AICS staff releasing financial assistance to families with totally and partially damaged houses in Virac, Catanduanes last November 10, 2020. True to its mandate and as the lead agency in the Food and Non-Food Cluster Read more…

From left to right: DRMD Chief Marites Quismorio, RD Arnel B. Garcia, and Team Leader Amie Marie Castillo during the briefing of augmentation team bound to Catanduanes Members of the augmentation team from Masbate and Read more…