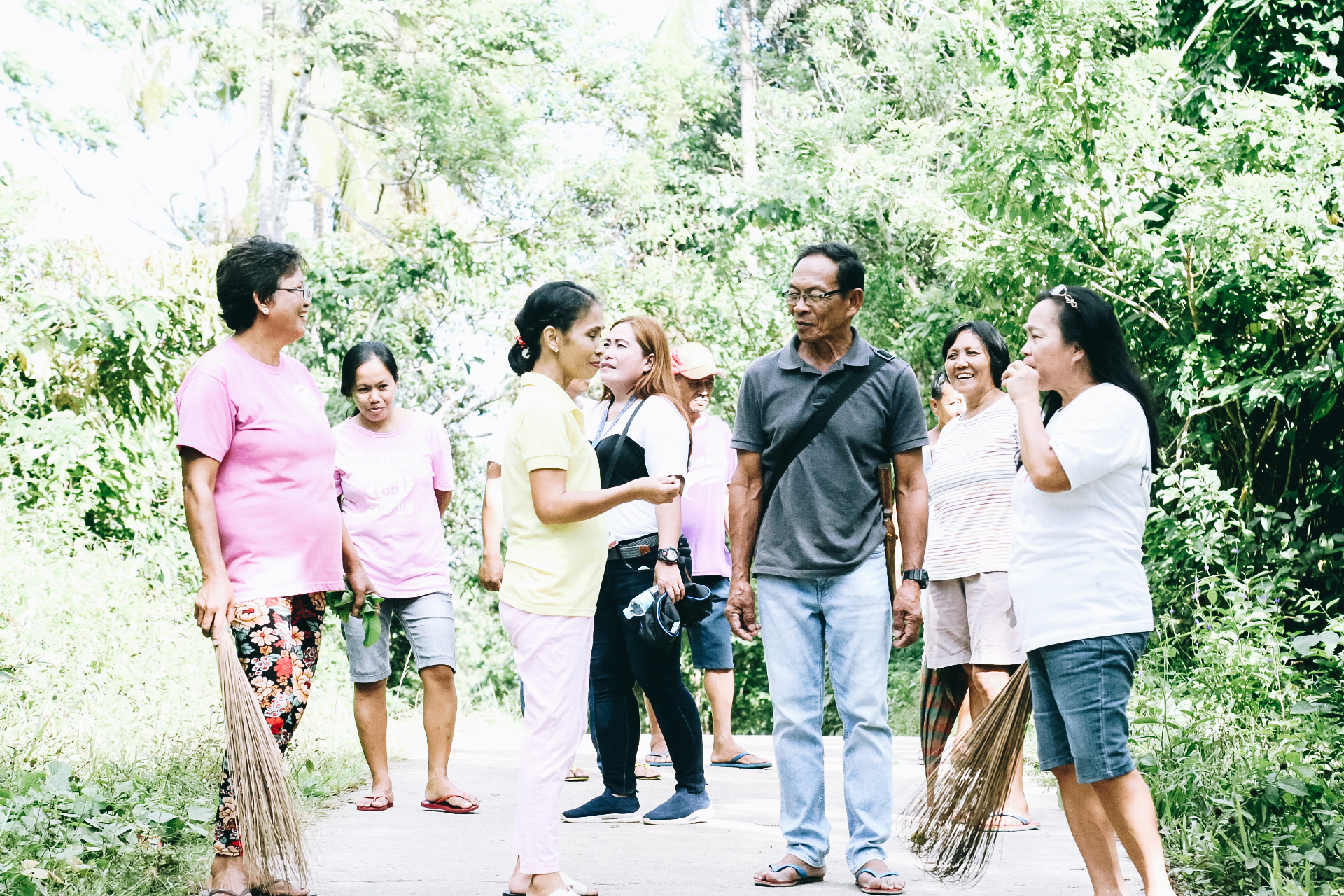 As part of Operation and Maintenance (O&M) activities, the community members organized a cleanup drive for the barangay road sub-project at Barangay Haluban, Lupi, Camarines Sur.

On April 30, 1937, Filipino women have acquired their suffrage or their right to vote after 447,725 women affirmed their desire to vote surpassing the 300,000 required threshold in a national plebiscite.

Over the years, the government recognized the role of women in society. To ensure that the rights of women are fulfilled and protected, the government passed laws focused on Filipino women’s rights.

Given that women have strong influence in molding the society, the Department of Social Welfare and Development (DSWD) through the Kapit-Bisig Laban sa Kahirapan Comprehensive and Integrated Delivery of Social Services (Kalahi-CIDSS) is continuously promoting women’s engagement in different community activities of the program.

Women take part in deciding, planning and implementing community projects. Since the program highly advocates bayanihan or collective action, there are already 82,810 community volunteers in Bicol Region wherein 52,293 of which are women.

Among these women community volunteers is Carmela Arrojo, 37, a mother of two (2) children, at Barangay Haluban, Lupi, Camarines Sur.

Carmela was selected as Barangay Sub-Project Management Chairperson (BSPMC) of their community to lead and oversee the implementation of their barangay road project funded by DSWD Kalahi-CIDSS in 2016.

At first, Carmela was not confident in handling the project since she has to balance her life as a mother and as a volunteer.

“Bilang volunteer, nahirapan akong magbalanse sa pagiging isang nanay dahil may dalawang anak akong nag-aaral (It was difficult to be a volunteer especially that I am a mother with two children who are still studying),” she said.

Carmela also shared that she sometimes leaves her children to her mother-in-law because she has to assume her responsibilities as BSPMC.

She recounted one instance that she brought her sick child to a doctor for checkup and proceeded immediately to the DSWD Kalahi-CIDSS training.

“Isinama ko sa training yung anak ko para mabantayan ko siya (I brought my child to the training so I can take care of him),” she said.

Because of her unmeasurable love to help, she tried her best to finish the construction of the barangay road with other community members.

“Dahil sa kagustuhan kong makatulong sa aming barangay kahit sa maliit na paraan, nagpursige ako (Because I want to extend support to our community in a little way, I persevered to accomplish my tasks),” she emphasized.

Even though she was not able to take care of her children religiously, but with her faith and with guidance from God, she was able to achieve her tasks both as a mother and as a community volunteer.

According to Rosa Bue, 56, barangay councilor, the community has suffered to a great extent due to the poor accessibility from the barangay to downtown Lupi.

She shared that jeepney is the only mode of transportation in their community because of the difficult terrain.

In 2017, the project was completed and turned over to the barangay. To maintain the barangay road, the women’s organization of Haluban conducts monthly cleanup.

She also mentioned that the project benefited other barangays such as Cristo Rey and La Purisima.

Carmela is one of the thousands of community volunteers who preserved the value of bayanihan and continues to show a good example to her children and other communities.

Regardless of gender, anyone can help a community in achieving development and creating a difference.

The construction of barangay road had a total project cost of PHP1,941,981.00 with 256 household beneficiaries.